Further information can be found at:

Shortly after the refusal the property was noted on a local estate agent’s website as being ‘To Let’.

On 6 September AOSERA received notification that Rocco Homes had appealed to the Secretary of State against ADC’s decision to reject the planning application. AOSERA plans to write to the SoS. Objections to the appeal must be submitted by 26 September.

(24 September) Residents of the Estate who have previously written to ADC objecting to the proposed development of Tudor Lodge are unlikely to have received notice of the developer’s appeal against ADC’s rejection of their plan as they are not land owners directly effected by the development. Notwithstanding that fact, the Board will be writing to object. The residents of Palm Court Cottages, as effected land owners, are also planning to send letter on behalf of all of their residents. Rocco Homes’ appeal notice is also posted on this site.

ADC’s Planning Appeals Administrator informed the Board on 22 September that the SoS’s Planning Inspectorate are six to ten weeks behind with their registration of appeals. As a consequence, the cut-off date for objections to the Tudor Lodge appeal (previous noted as 26 September) is redundant. A new date has not been set, but AOSERA will be forwarding its objection letter soon. It is reassuring to know that ADC will be forwarding all previously received letters of objection to the Planning Inspectorate. In this case the Inspectorate will not be receiving oral evidence and an outcome will possibly be reached by early in the new year. 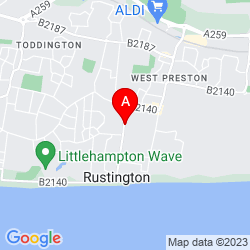